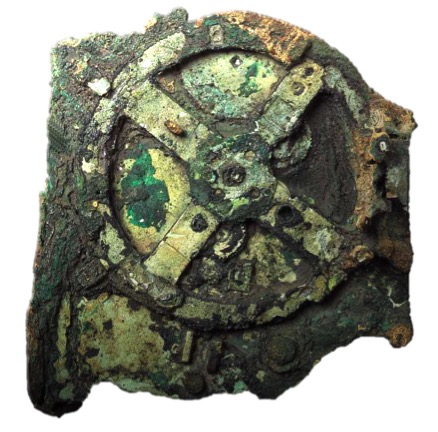 The Antikythera Mechanism: The world’s oldest analogue computer; a predictive machine used to forecast the future of the stars. In a new article I discuss how artefacts like this demonstrate that humans have obsessed over the future for millennia.

The capacity to imagine the future and shape our current behaviours accordingly has rightfully been considered a defining human ability. There has been a dramatic increase in recent scientific work on how this ability works, how it develops and breaks down, and how it might have evolved. Future-oriented cognition more broadly has come to be studied in a wide range of disciplines, including psychology, neuroscience, artificial intelligence and philosophy. In these disciplines, future-oriented cognition is studied across scales, from millisecond level predictive coding mechanisms in the visual system to large-scale explicit planning. It is becoming increasingly popular to group future-oriented cognition together under the umbrella term ‘prospection’. There have been a number of recent calls that the study of prospection is a radical re-framing of psychological science, and that ‘prediction’, broadly construed, gives us the perhaps the best chance we have ever had for a unifying brain theory.

In an article for the new journal “Evolutionary Studies in Imaginative Culture”, I review the science of prospection – tracing its history in philosophy, psychology and computer science, characterising some of biggest open questions, and suggesting routes forward. I point out that despite the recent surge in interest, there is a long intellectual history to the study of prospection that we must not ignore. I also recommend sceptical caution about some of the big claims about the opportunities it gives us to address questions about consciousness, free will and ‘the self’. Ultimately, however, I argue that the emerging discipline has produced some phenomenal insights in recent years, and that there is great promise for it moving forward.

You can read the full article here: https://psyarxiv.com/texvf/

Citation:
Bulley, A. (In press). The History and Future of Human Prospection. Evolutionary Studies in Imaginative Culture. DOI: 10.17605/OSF.IO/TEXVF